Jen Sincero, in her book, “You are a BADASS,” talks about the root of the word “decision,” meaning “to cut off all other possibilities,” and when I first heard that, it SHOOK ME.

From a mindset perspective, that means when we truly DECIDE something is going to happen in our lives, we are cutting off any chance of something different happening instead.

Decision-making is a skill in some ways, but I think of it more like clarity and boldness that shapes certainty. And it’s possible to be certain about things that are unknown in reality – that’s where the real magic happens.

My performing clients have heard me speak to this MANY times with regard to auditions, competitions, and booking gigs. When they truly DECIDE that the desire they have is already theirs, not only do they achieve that desire, but the pressure to be perfect and to be the best dissolves – because it’s already theirs.

To be clear, I’m not saying when they wish & hope & cross their fingers that it’ll all work out because that’s a load of 💩. I’m talking about DECISION. The kind with no take-backsies.

In my book, “Turns Out I’m HOT After All: How I Got My POWER Back After A Breakup” (that’s coming out February 14th!!!), I talk about this kind of decision-making from a different perspective – from that of my personal life with regard to my marriage and dating.
.
Because of the nature of my marriage and the things it was lacking, I developed the firm belief that I was unattractive, undesirable, and unlovable, and I had evidence to back it up. In the work that I did after he left me to regain my sense of self and my ability to own who I am and how I show up, it occurred to me that, just like asking my client to DECIDE that he was going to win the 2018 KWC World Championship title and then behaving as if it had already been won, I ALSO had this same POWER to DECIDE. I realized that these things I needed to feel so badly in my marriage were DECISIONS I could make about myself rather than qualities I had to wait for someone else to bestow upon me.

That is HUGE – don’t miss that!

I could DECIDE that I AM attractive. I AM desirable. I AM lovable. And then I had to DECIDE to behave as if this were my reality.

And you know what? IT WORKED.

This is exactly the same thing I took my 2018 World Champion singer through. The “pain” and “evidence” of his past with competing as a soloist – which EASILY could’ve paralyzed him from stepping into his POWER – was that, despite his efforts and his obvious skill, he’d never won anything beyond a State Championship. He’d never won a National Championship, much less a World Championship. Sure, we tweaked a few technical/vocal things and we strategized about song choices, but our focus was on making the DECISION that the World title was already his, and then acting accordingly.

This is just a piece of the work I do with my clients and the work I did to get my own POWER back after my husband left me. The full story is inside my book which I’m SOOOOO EXCITED to launch on February 14th.

Is this resonating? What DECISIONS do you need to make in your life or your work right now? And how are you going to make sure you stick to those DECISIONS – that you cut off all other possibilities (including take-backsies)? Because I GUARANTEE YOU it is affecting how you are showing up in the world.

Tell me about it. Get real with yourself right here, right now, and let’s make some DECISIONS. If you need some support around this, let’s have a chat.

« Previous Post
You Did Everything Right, So Why Didn't It Go Your Way?
Next Post »
Your Authority Is a Part of Who You Are, Not Something You Put on Like a Costume 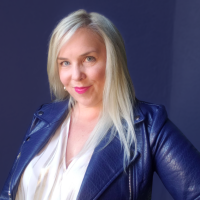 Get My POWER Up